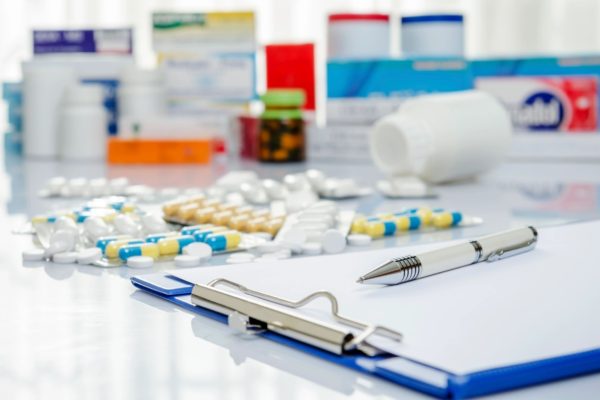 The NY Times article ‘Drowned in a Stream of Prescriptions’ was all too familiar. Over the years, I have seen college kids who were started on stimulants for ADHD while still in elementary school. Some of these kids needed the medications and were helped immensely by the proper diagnosis. Some were medicated without need. The decision to medicate is often made by families who are frustrated and at wit’s end.

When kids are having troubles with peers, inattentiveness, temper tantrums, and other behavioral problems, they are usually referred to a psychiatrist or a behavioral pediatrician for evaluation. Many of the screening exams use good reliable questionnaires that assess the child’s behavior at home and in school. Parents and teachers are asked to fill out checklist forms to help with the diagnosis.

If a diagnosis is made, and stimulant medications started, everyone waits to see the effect. Typically, if learning and behavior improves, it confirms the ADD or ADHD diagnosis. These children go on in school, graduate, and go onto jobs or college. But for optimal results, it is necessary to work in concert with the school, family, and a counselor—either an academic tutor or a psychologist—to help the child and his family organize and structure a learning environment and routine that will provide the infrastructure to support him in the future.

In the case of  Richard Fee, there was gross negligence on the part of the prescribing psychiatrists, leading to addiction and culminated in suicide. As the article points out, “Young adults are by far the fastest-growing segment of people taking A.D.H.D medications. Nearly 14 million monthly prescriptions for the condition were written for Americans ages 20 to 39 in 2011, two and a half times the 5.6 million just four years before, according to the data company I.M.S. Health. While this rise is generally attributed to the maturing of adolescents who have A.D.H.D. into young adults — combined with a greater recognition of adult A.D.H.D. in general — many experts caution that savvy college graduates, freed of parental oversight, can legally and easily obtain stimulant prescriptions from obliging doctors.”

Obtaining Stimulants in College is Easier than Parents Realize

When kids enter college, they face tremendous pressure to perform academically. Combine this with the structure-less college life of dorm parties, alcohol, and pot, and the situation is ripe for acquiring stimulants from whatever source is most available. Kids sell stimulants to other kids. But the cost per pill is high and it is cheaper to go the ‘legal’ route and get a prescription, paid for by insurance. The symptoms and signs of ADD are available on the best health websites. The symptoms listed are identical to the ones that the psychiatrist will ask about. They are yes or no questions, easy to misguide the examiner. Many of these college kids go to clinics where the physician hands them a script after asking the questions, the kid has come prepared to answer from his web search. They walk away with the prescription and use it along with other stimulants like such as caffeinated energy drinks. When decongestant meds became harder to get, the energy drinks combined with prescription stimulants produced the desired effect of counteracting the sedating effects of alcohol and pot and gave a buzz lasting all night. From that point on, the cycle repeats until the kid is addicted both physiologically and psychologically. Classes are missed because the sleep cycle is thrown off.

Psychotherapy: Learning to Cope without Dependency

When a family refers their grown son or daughter to psychotherapy it is usually at a crisis state. Like Richard, in the Times article, Ray came to psychotherapy at his mother’s urging. Ray moved home after a year of college. The first time we met in my office he was guarded, monosyllabic, and made no eye contact. He furtively glanced out my window at the trees and seemed absorbed in thought. Tears streaming down his face, he looked tortured. Eventually, he admitted to using Adderall abusively. He told me what a joke the treating psychiatrist was, how he gave him prescriptions during a five-minute meeting. But Ray kept going back for more meds. He was angry but also shamed. Irritability, staying up all night, then sleeping all day was his life. He chuckled to himself in a way that reminded me of schizophrenia. I was concerned he would take his life and got him to sign a suicide contract, promising me he would take the procedures we outlined if he were to feel like harming himself. After a month of twice weekly appointments, Ray opened up about his loneliness, his lack of friends in childhood, and his estrangement from his family. He was able to see his role in some of this, how he pushed his mother and father away with his anger. While much of his anger was due to the stimulants, he was beginning to see how deep his emotional pain went.

After about a month of therapy, Ray went to the prescribing doctor and told him that he had lied about having ADD. He told his parents too. Without my knowledge, Ray took himself off all his drugs—cold turkey. He withdrew from Adderall, pot, and caffeine and the effects were initially unbearable. Yet within several weeks, he was clean and feeling better. Gradually Ray discovered that he liked himself, not a lot, but he was okay with himself. He re-enrolled in college and at the termination of our therapy; he had just graduated with a BA. Ray was fortunate. He sought therapy, and his parents were willing to pay for him to see me. Most importantly, he had the fortitude to hang in there with the pain of withdrawal and the physiological symptoms.

Ray was lucky. Richard was not.