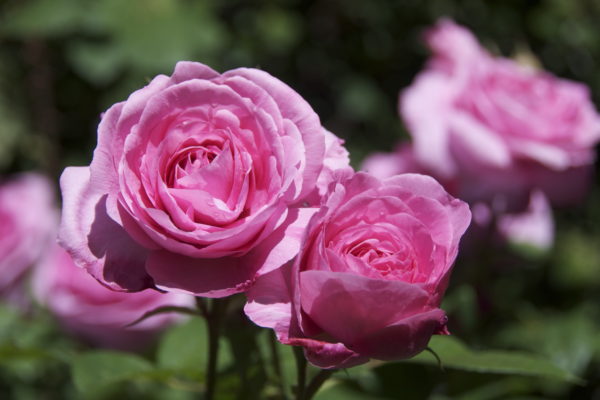 The French film Amour is a touching, realistic window into the world of a committed marriage in which one partner has suffered a stroke.

The elderly couple are music lovers, their apartment chock-full of music books, records, and CDs, plus a concert-size grand piano. Yet the film has no musical score, just the mundane sounds of everyday life. The couple’s need to cope with change is so profound that the music of life fades, replaced by the clinking of forks against plates, sweeping away crumbs from the kitchen table, or shower noise as a caregiver washes Ann’s back. The story gently unfolds, depicting the couple’s commitment and love as the outside world shrinks, startlingly magnifying their life lived in three rooms. There is no shaking of fists at their plight, no angry outbursts from either partner.

When giving talks on how stroke affects marriage, I say, “When one partner has a stroke, both partners have a stroke.” The stroke survivor grapples with the loss of bodily function, speech, and often dignity, and the caregiving spouse must come to terms with the magnitude of the change in their lives.

A stroke can alter two people’s lives in an instant. For the person with the stroke, simple tasks suddenly become difficult or impossible. For the person’s partner, life revolves around the stroke survivor’s needs, requiring many adjustments.

And while stroke (like any chronic medical problem) affects marriage, it can also open a gate to improving communication and building and strengthening skills that were taken for granted.

Empathy on both sides is needed for the marriage to survive. Learning new ways to communicate fondness and appreciation serve as protective factors. Building new rituals of connection and remembering the positive aspects of your marriage before the stroke are necessary to keep your relationship healthy.

While stroke can create strain, frustration, and distance in your marriage, coping with its effects is an opportunity to reset your priorities and goals. You may be able to strengthen your marriage as you and your spouse work together on common problems you will face. It is by accepting the limitations that life imposes on us that we can overcome them. As we learn to carry our burdens well—in the yielding and in the striving—we become whole.

Viktor Frankl was a psychiatrist who survived the Holocaust; his parents, brother, and pregnant wife did not. In his remarkable memoir, Man’s Search for Meaning, he discusses how people face unavoidable burdens. Why did some crumple beneath the horrors of the death camps, while some comforted others and gave away bread?

“When a man finds that it is his destiny to suffer, he will have to accept his suffering as his task; his single and unique task. He will have to acknowledge the fact that even in suffering he is unique and alone in the universe. No one can relieve him of his suffering or suffer in his place. His unique opportunity lies in the way he bears his burden. . . . The way in which a man accepts his fate and all the suffering it entails, the way in which he takes up his cross, gives him ample opportunity—even under the most difficult circumstances—to add a deeper meaning to his life. It may remain brave, dignified, and unselfish. Or in the bitter fight for self-preservation, he may forget his human dignity.”

I do not mean to minimize the great accommodations that must be made in marriage when a stroke occurs. But there is a phenomenon seen in marriage counseling that often predicts good prognosis; therapists term it “glorifying the struggle.” This describes a couple that comes to therapy with a crisis, but they can talk about how they see the struggles that they have gone through as ways to grow and that they can grow together. The likelihood of that couple being able to keep their marriage whole and strong is better than when there is bitterness and resentment toward their marriage struggles.

Of course, sometimes caregivers can’t look after a stroke survivor at home. In Amour, the husband was the caregiver until he could no longer tolerate bearing her pain for her. In the United States, if a caregiver is no longer available and/or funds have run out, the best option is a skilled nursing facility (or SNF in the medical jargon). But in many families, life must go on: living together, but with tremendous challenges for both partners.

Ways to Cope When Stroke Strikes

Here are some issues to consider in coping with the aftermath of a stroke.

1. Spousal support: This is a powerful aid to stroke recovery for several reasons, including a spouse’s ability to improve the stroke survivor’s mood and increase physical and social activity levels.

2. Role changes and division of labor: Most couples must change their usual division of labor. Tasks and duties that were previously performed by one spouse may need to be reassigned. Outside help should be considered when possible.

3. Emotional support: High levels of emotional support lead to the best possible recovery after a stroke, and support is most effective when it is seen by the stroke survivor as meeting his or her particular emotional needs. Empathy—your ability to see things from the other person’s perspective—is important for both partners. Even a stroke survivor with speech problems (aphasia) can still listen. To truly listen is a great gift, even when your replies are non-verbal.
4. Counseling and group support: Both partners can benefit. There are many great agencies that offer classes following a stroke, and ongoing groups to help maximize coping.

In the best of circumstances, marriage is challenging. When couples face chronic medical problems such as stroke, the marriage vows -in sickness and in health are tested to the limit. Compassion by both partners for each other, as so tenderly shown in the film Amour, is imperative to preserving love.