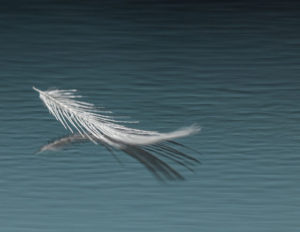 We all get anxious from time to time. Even mild panic that’s morphed from mere anxiety is normal. Most often, though, anxiety will peak right before an event that makes us worry, such as an exam or dinner party—a kind of anticipatory anxiety—and then fade 10 minutes into the event. The ebb and flow of anxiety can be unpleasant but usually isn’t a major concern.

But the usual ebb and flow can worsen. According to the American Psychiatric Association’s most recent Diagnostic and Statistical Manual of Mental Disorders (DSM-5), normal anxiety becomes diagnosable as generalized anxiety disorder when:

I recently saw an 88-year old woman who was referred by her internist for anxiety. Her primary symptoms were her mind going blank, trouble letting go of thoughts, and agoraphobia (the desire to avoid leaving her home). The usual culprits were ruled out: hyperthyroidism, a medication side effect, or, given the client’s advanced age, dementia.

Composedly, my client said her anxiety came from feeling pressured to do more, and a sense of failure for not being good enough. This surprised me; I had expected her to talk about a fear of approaching mortality.

It’s a psychologist’s job to ask the hard questions, the ones that seem most obvious—the ones most friends and family wouldn’t touch for fear of making the person feel worse. So, I gently inquired if some of her anxiety could be related to thoughts about aging and death. But my client was quite definite that that was not the case! Her physician had assured her she would live to be 94 years old. I did a quick calculation—math was never my strength as I still count in my head with little dots—and determined that would give her five more years. Wouldn’t such a short countdown to death be enough to bring about anxiety, I still wondered?

Another job of a psychologist is not to jump to conclusions or make assumptions. Using inquiry, we ask for further thoughts, feelings, and associations. Some of her anxiety, she acknowledged,  was longstanding, but a new worry was that she was no longer as interested in venturing from home. What was this about?  Was she worried about taking a fall, breaking a bone, and ending up in the hospital? Again, no, it wasn’t fear that losing her balance and falling would lead to death because she knew that it most likely would. Anyone who reaches the age of 88 has seen in their own peer group how a broken hip can spiral downwards to a skilled nursing facility, with all the loss of dignity that brings.

Perhaps the most important part of our job as a psychologist is to trust that our clients know what they’re talking about. That trust is huge because it eventually leads us to an understanding of what is going on inside, in the deeper places we can touch if given time and attention. It turned out that my client’s anxiety was about just what she’d said it was. She was feeling like she should be doing more, going out more, and accomplishing more. Until she retired 23 years ago, she had been very productive in her job as an accountant. She loved her work, and she loved her retirement. She hadn’t slowed down in retirement until recently. She couldn’t understand the desire to just stay home. It was unlike her, and she felt she should be keeping up the pace she was accustomed to.

We discussed her symptoms; a mind going blank can be due to anxiety, and also to what my neuropsychologist husband refers to as benign senescent forgetfulness. (He tells me I have a mild case of it—our brains shrink as we get older, it’s entirely normal.) I also recommended that she turn off CNN. I wasn’t being flippant: Non-stop watching the news these days is making a lot of us anxious. Being bombarded with daily images of worldwide pain and suffering pervades our senses and creates disturbances that go deep into our unconscious minds, harming emotional health.

What about not wanting to leave the house? She wasn’t worried about going outside, but rather, as we figured out together, she desired to retreat from the world, to reflect and take time to appreciate her many gifts: a life well lived, a 65-year marriage to a good man, and her overall sense was that she had had a good, if not perfect, life. It was time to turn inward a bit more and let herself off the hook. Over the next several weeks, we explored how she could do just that.

Acceptance of who we are, imperfect and flawed, allows us to live more fully each moment, for as is said in mindfulness practices, each moment is all we really ever have.