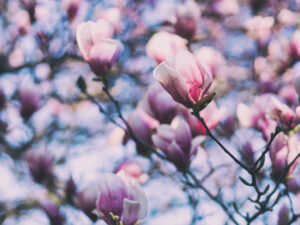 Happily ever after doesn’t do justice to anyone’s experience of marriage. A former professor of mine dedicated a book to his wife of 69 years, writing “For Darlene, in pleasure and pain.” The book itself concerns holding the tension between opposites, both within ourselves and in relationships. Some degree of ambivalence towards one’s partner is unavoidable in a long-term relationship, because while we want what marriage provides—security, love, companionship— we resent what it demands, such as giving up certain freedoms. Any therapist who has worked with marriages knows that this dialectic runs through every deep relationship and gets activated in the conflicts that couples bring to treatment.

Take Cindy and Bret, for example. Bret is often quiet when Cindy complains about unevenness in who does what in the marriage. She is articulate and in touch with her feelings and has no trouble expressing her needs. Bret takes it all in; his frustration is palatable in the session, but he has trouble finding the words to express what he thinks or feels. She presses forward and he grows smaller and smaller, unable to speak up for himself.

Let’s give an example of a typical fight. Bret and Cindy need to replace some windows.  After they’d already agreed on the windows’ general look and features, Bret is tasked with doing the research and picking them. But once he makes the decision, Cindy asks him for more information. He is fine with the first few questions and answers her readily, but when she presses for more clarification on how the frame will fit on the outside of the house, he blows up.

With some gentle prodding in our session, Bret can articulate that Cindy gives him the third degree on any decision he makes. She is stunned to hear this; from her point of view, she’s just asking for more information. For Bret, though, Cindy questioning how he performs some tasks — with the baby, their home, or their parents — is a constant pattern.  In turn, his pattern is to withdraw, a common reaction in people who feel flooded; he stonewalls to avoid more conflict.

The result is the very thing Cindy hates: Bret refusing to participate in daily decisions and chores. She gets angrier and he withdraws more until he explodes in an angry outburst, making him once again look like the bad guy. Then Cindy feels even more justified in her feelings that he isn’t a full partner in the marriage.

It might feel tempting to tell Cindy to simply trust her husband and let him handle the task from start to finish. To be sure, that would work for Bret, but what about all the other decisions they really do need to make together in the coming months and years? This is the point at which we need to look deeper and help the couple understand the dynamic that gets activated and repeated in their fights. As couples counselors, we know that you can’t resolve all conflicts, but clients can learn to manage conflict in ways that allow them both to feel heard and understood while still showing empathy for each other.

I ask Bret to pay attention to the feelings he has when Cindy presses him for more information on the window decision. He’s able to say that he just wants to hide. He also wants her to respect him and his ability to make a wise choice and wants her to approve of him. He also recognizes that he gets tongue-tied and can’t think as quickly as she does. We can all see that this is frustrating for them both.

Digging deeper, I ask if this relates to anything from his childhood, how in relationships we all bring imported scripts from our early years with the most important people we grew up with. Bret reveals that his mother was a crackhead and his father left before he was born. He would often hear his mother doing drugs in the next room and having sex with a slew of men that would come round at all hours of the day and night. He would hide in his room, never asking for what he needed.

Bret’s pattern of withdrawal in tense situations relates directly to this childhood script. In therapy, he gains insight into how, when he becomes frustrated that Cindy doesn’t trust his decisions, he’s unable to tolerate these feelings or fully express his thought process. Because he worries he’ll end up like his mother or father, I point out that Bret has already done so much to avoid the cycle of abuse and neglect with his healthy relationship, home, and a good job.

Cindy, too, draws the connection between her own script imported from her angry father, who frequently yelled at her mother and threw tantrums. She both fears getting angry like her father and worries about withdrawing as her mother did. Both Bret and Cindy are recognizing how they can grow and heal together without repeating the mistakes of their parents.

When these imported scripts get played out in adult relationships, they drain intimacy and passion. Having a more conscious, multidimensional marriage depends on recognizing the huge role played by the transference of fears, hopes, and expectations from past to present. Couples therapy can be a path for discovering the soul through an intensive, continuous, and dialectical encounter that requires bringing all of a self — both the positive and the darker shadow parts — into consciousness. There may be much uncertainty along the way, and it’ll take courage to handle painful opposing thoughts like “I love/hate my partner” or “I want to be together forever/I want out of this marriage!”

Having a marriage that leads to wholeness and healing is not easy. What gives it life is the balancing of love and stability with challenges that arise at all stages of the relationship. This is the heart of marriage—a long-term, dedicated connection between partners who recognize each other as separate beings with needs and feelings different from each other’s while still knowing that, through empathic understanding, they will continue to find the mystery and Eros that keeps the passion alive, in pleasure and pain.