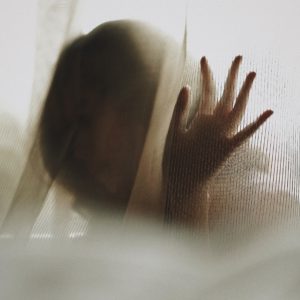 Nothing could be more fundamental than wanting to be liked. It is what leads us to seek and maintain relationships, and allows us to fully develop who we are in the world. But for people with Social Anxiety Disorder (SAD) the ability to engage fully in life takes a drastic detour.

People with social anxiety—also called social phobia–become anxious doing things that many people take for granted, such as being observed while eating a meal, meeting strangers, or speaking in class. The fear is of being judged negatively; Almost any social situation can provoke those with SAD to have thoughts like “They’ll  think I don’t measure up” and “The smallest mistake means people will reject me.” And the negative thoughts are even stronger when evaluation, or the fear of evaluation, is involved, such as giving a school report, attending a party, or having to talk with a potential boss.

Such situations involve social approach behavior. We’re social animals, and competence in approaching others is crucial to healthy relationships. Because SAD affects social, educational, and occupational functioning, it can lead to other forms of anxiety, as well as substance dependence and major depression.

It’s instinctive, even protective, to dodge what we fear. If a vicious dog comes barreling toward us, we run or duck for cover. But when fear is out of proportion to an actual threat, such as going to dinner with a classmate, avoidance will only make our fear grow larger.

But dodging fears doesn’t work. We can’t develop mastery over fears if we hide. People with SAD are classic avoiders; they want to feel safe. Their impulse is to avoid social opportunities and the unpleasant feelings of hyperarousal (the flight or fight response). But avoiding social situations doesn’t give them opportunities to build the skills that would help put them more at ease.

I have seen this many times with clients who come to therapy because of anxiety or depression. Take Ryan, 26, who came to therapy with symptoms of depression that made it hard to complete a college class or look for a job. He was isolated, lonely, and felt worthless. But as we talked, it became clear that depression was not his primary problem; rather, it was severe social anxiety. Ryan’s anxiety caused him to stay home and play video games or watch TV. He dropped out of classes if he was expected to give an oral report, work in teams, or if class participation was part of the grade. He was depressed because life was passing him by.

Social anxiety typically begins between the ages of 10 and 20, when there is an intense period of self-consciousness and concern about how others see and evaluate us. Psychologists have often used the concept of “invisible audience” to describe this time in life. Kids become extremely sensitive to how they look in public, with each pimple or bad hair day a melodramatic disaster requiring parental soothing.  Most of us outgrow this ultra-sensitivity to what others think, but many— up to 12%—go on to develop persistent social anxiety.

How we imagine others see us is key to how SAD begins and how it is maintained. Though acute self-consciousness develops later, children as young as seven begin to judge themselves. Sometimes this is positive (for example, “I am smart, I am happy, I am helpful”), but kids with low self-esteem have negative judgments (for example, “I am dumb, I am boring, I am unlikeable”.)

The Self-Fulfilling Prophecy of Social Comparison

People with SAD internalize these negative judgments and see themselves as inferior to other people. Unsurprisingly, both socially anxious individuals and confident ones will judge a visibly anxious person as less interpersonally desirable. Visibly anxious people are, in fact, disadvantaged in their ability to make a positive impression when meeting new people, reinforcing the negative cycle and lowering self-esteem to the point of hopelessness, causing depression.

SAD sufferers also tend to elaborate their beliefs by creating a narrative or story about how they’ll mess up and people won’t like them. These magnified fears become maladaptive beliefs through mechanisms like confirmation bias (the tendency to interpret events and information as confirming preexisting beliefs), so that neutral social signals are misperceived as actual threats, raising anxiety further.

Although Facebook, online games, and social media can offset loneliness for some socially anxious adolescents, these outlets aren’t usually enough to relieve social anxiety. Video games give the illusion of having friends, but can’t teach social skills or how to master anxiety out in the world. And social media can become just another place to feel inferior and left out of things.

In Ryan’s case, as a child, he developed stomachaches and felt sick when it was time for school. His parents took him to many specialists. Over the course of several years, Ryan had his appendix removed and his gallbladder taken out, but his stomach aches persisted, and he was eventually homeschooled. Family therapy was never suggested to Ryan’s parents who thought they were protecting him by letting him stay home. Unwittingly though, they were aiding him in learning to cope with difficult emotions by avoidance.

Instead of finishing high school with his class, Ryan got a GED. His life became more and more constricted as anxiety generalized to other things—he never learned to drive, so his ability to seek out relationships was further impacted. He was overwhelmed when he entered therapy but at the conclusion of our work together Ryan had entered community college and was working part-time in a local coffee shop. We used a combination of exposure therapy, mindfulness-based cognitive and emotional balance therapy, and group instruction to learn about and change avoidance behaviors. Thanks to Uber, he is able to get around and hopes to tackle his anxiety about driving.

Children who show signs of SAD should have early treatment. It’s important to find a psychotherapist who can assess and treat not only the child but also the family, helping them to support the child’s comfort and competence with both peers and adults.